ADVERTISER DISCLOSURE: DaddyTravelsNow is part of an affiliate sales network and receives compensation for sending traffic to partner sites, such as MileValue.com This compensation may impact how and where links appear on this site. This site does not include all financial companies or all available financial offers.
Skip to content
The last time we were on Kauai was in 2010. During that visit, we maximized our stay in the North Shore. We spent the days in the North Shore, then we drove to the East side to eat. This time around, by mere accident and coincidence, we decided to book our timeshare stays on weeknights only (so the point values cost less). First few days were spent in Kapa’a (East), next we stayed in Kalapaki (and ventured towards the South and West). I did not think of the North Shore for a bit, since I wanted to savor every place we visited.

It’s now Sunday, our scheduled check out day. Before we checked out, I made one quick breakfast, I called it my Aloha fusion breakfast bowl with Portuguese Sausage, potatoes, garlic, onions, green peas, marinated with passion orange guava and red taco sauce. I used whatever was available to me, whatever was in the fridge and the pantry.

After we ate breakfast, we headed right outside, there’s a forest-like trail directly behind the condo, and we took dozens of family pictures.

By 10:30am, we were were out of the condo and ventured South. First stop was in Kalaheo at Kauai Cookie. I ordered a single loco moco. My plan was to eat that during lunch. But when I walked out of the restaurant, the smell was sooooo tempting. It was wrong to ignore the loco. While I drove, Nancy fed me the loco moco.

I took the kids to Waimea Canyon (Waimea Lookout) for a few photo ops. The last time I was on this canyon was during our honeymoon in 2000. I didn’t get a chance to bring them here in 2010 since most of our excursions were limited to the North Shore. 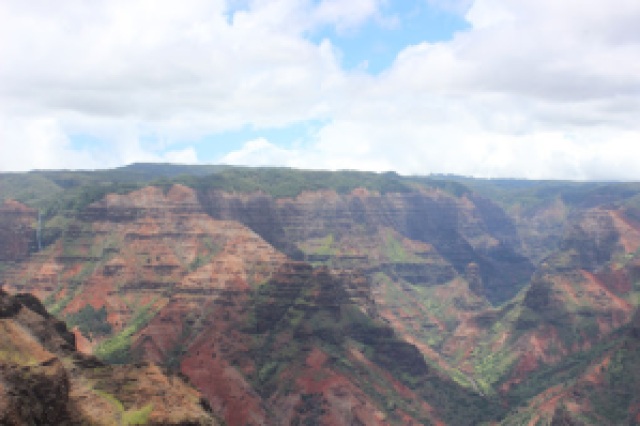 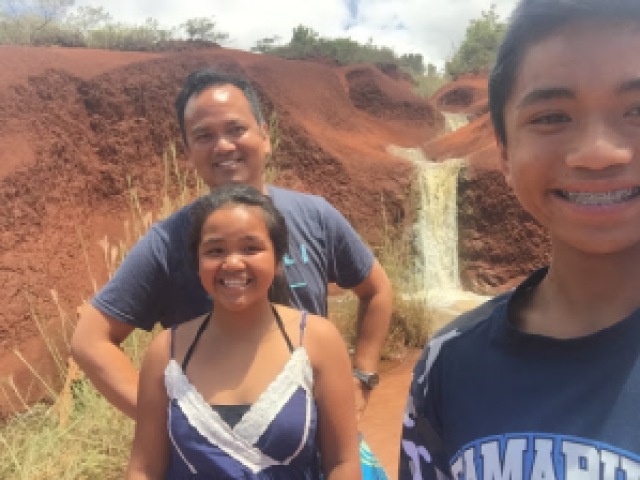 Although the drive wasn’t treacherous, it was enough for us to seek refuge by jumping in the water. We opted for Salt Pond Beach. I view this beach more of a locals beach. Again, it was hot, and there was no other place better than being in the water. We stayed here just over an hour. 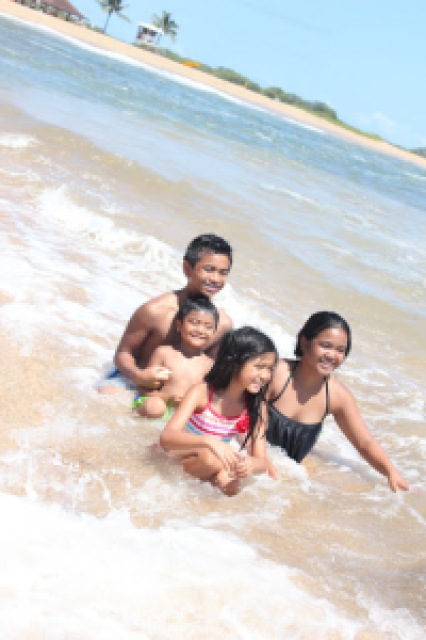 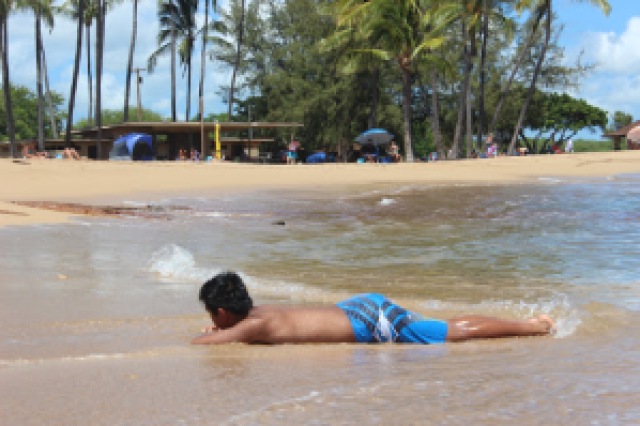 Eating our way around the island
After leaving Salt Pond, I made a quick stop at Wong’s Chinese Restaurant and Bakery in Hanapepe. This was on my list to visit. I looked at the selection and opted for their Lilikoi Haupia Pie. I’m really digging the haupia’s I’ve been eating. We ate this in the car.

As we continued to drive, we couldn’t decide whether to head straight to the North Shore, or eat somewhere in Lihue. Well, Ethan reminded me that he hasn’t gone to Hamura’s Saimin yet on this visit. Fine. Off to Hamura. He ordered a medium saimin bowl, and beef BBQ stick while I ordered the Lilikoi Chiffon Pie – as always, this pie was something else, this has got to be my favorite pie on the island. The crust was perfect and the pie itself was light and fluffy, so delicious.

Finally, we continued our trek heading North. We passed Kapa’a and we noticed Nana’s Snack Shop was open. We stopped and ordered Chocolate Chip Ice Cream Sandwich wrapped in coconut & macadamia nut. Then another one wrapped in Kit-Kat. It was amazing. The cookie and ice cream were frozen together. One would think that the cookie would be solid-like-a-rock frozen, but it wasn’t. It was cold and still chewy. That was an amazing ice cream cookie sandwich.

Ok for real, we’re now headed North
After leaving Nana’s, it took us another 20 minutes or so to get to Princeville.  It’s good to be back. We love Princeville. It’s clean, quiet, a beautiful master-planned community. It was just like coming back home. In this case, home for the remainder of our stay is at The Cliffs. We were given a 1-bedroom with kitchen, 2 lanais, a sofa sleeper and an ocean view. After driving from Kalapaki Beach to Kalaheo to Waimea to Hanapepe to Lihue to Kapa’a. We made it to Princeville, we’re finally home! 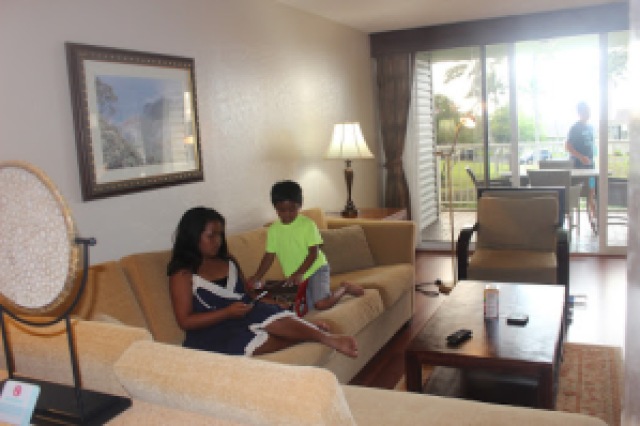 For the rest of the evening, we enjoyed our first North Shore sunset. Watching the sunset was just steps away from our room.

After watching the glorious sunset, we capped off the evening with a night swim. After the swim, we went back to our room. Evan and Madison teamed up to play Connect Four with me – that was a great way of ending our day. Thanks everyone. Mahalo for following our journey.