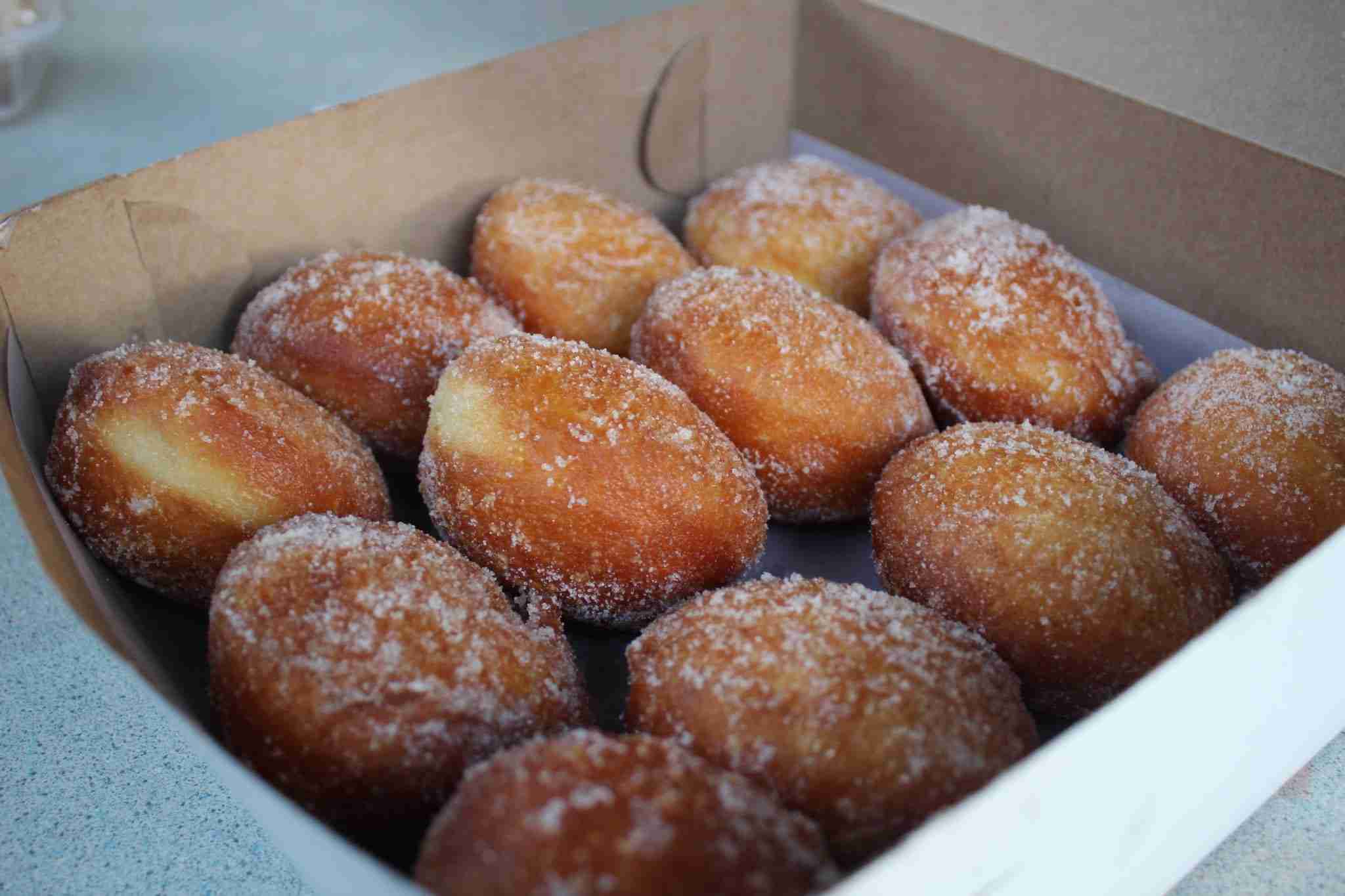 After being back home from Maui for 2 days, Evan asked me last night, “Daddy, can you make malasadas?”

But of course, I’m not about to fail my little Evan. I’ve never made malasadas, but I thought to myself (at 11:30pm last night), “how hard can it be?” So I Googled “Malasada recipes” – and chose the recipe for Leonard’s Malasadas (Oahu).  Thanks to Poly Ad Hawaii Tours for the recipe.

I got up at 6:30am and drove over to the nearest grocery (Smart n Final). I picked up most of the ingredients, while I do love to cook,  I don’t normally bake or do any kind of pastry.

I followed the recipe to the T. It allowed for some time to let the dough rise for about an hour. Once it was time to heat up the pan for frying the malasada, I wasn’t exactly sure how hot my oil was at that point, the first 5-6 golf-ball shaped malasadas that I dropped turned brown…dark brown…not the golden brown I was hoping for. Ok….so I made a boo-boo!

For the 2nd attempt, I decided to lower the heat down to Med Low, and that was better. I also pressed the golf ball shaped dough tried to flatten it some more. Again, it worked out better for me. The recipe called for 7-10 minutes. But I think you should be the judge. Mine were good to go within 5 minutes.

Once I saved placed the malasadas on a paper towel, it was time to sugarize them (is that a word)? Well it is for now. I took a Tupperware, added 2-3 tbsp of sugar, dropped the malasadas in, covered the Tupperware, and shook my heart out. Voila…..my home made FRESH. HOT. MALASADAS.

I must’ve done something right. The kids gave it 2 thumbs up. Evan ate three!!! Mahalo!!!