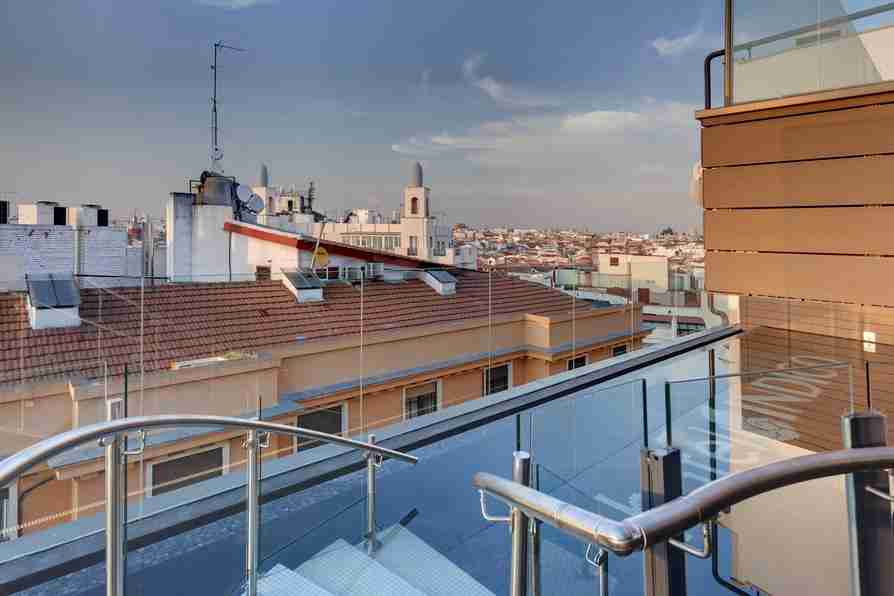 A three-hour train ride to Madrid

We had an 8am train ride en route to Madrid. Since we had our luggage with us, instead

of taking the metro, we decided to get a cab. I asked the front desk for a 5:45am wake up

call and to have a cab ready for us at 6:30am. Everything went as planned. We made it to

Barcelona-Sants, the train station where we’d be boarding to Madrid.

Although we could’ve gotten our tickets closer to the date of our departure, I decided to purchase
these seats when we were still back in the US. I remember that it took me close two hours in buying
the ticket. Every attempt required me to enter all four passenger details (name, address, date of birth
email, passport #, issue date, expiration date)….this happened EVERY…SINGLE….ATTEMPT. Where
did it keep failing? After I entered my credit card information, it wasn’t getting declined. But it kept giving me an error. I emailed and sent a tweet to RENFE (the train company). Fortunately, they replied. The solution? Choose Paypal as the mode
of payment….so I did. Whew!

Back to our trip, we found our seats and we were all facing one another with a table in front of us.
The three hour ride went smoothly. It was a high-speed train, There must’ve been a dozen stops
between Barcelona and Madrid, but most of the stops only lasted no more than 2-3 minutes.
There was no Wi-Fi, but I was able to plug in my electronics, pulled out my MacBook Air
and started working on my blog. The kids and Nancy were perfectly relaxed the entire time.
All in all, what a convenient way of getting to Madrid. We arrived by 11:10am.

Hotel Indigo Gran Via
We took a cab to Calle Del Silva 6, to our new home in Madrid, Hotel Indigo. This stay was courtesy
of IHG (Intercontinental Hotels Group). We are here for 4 days and 3 nights…all for FREE just by
using our points earned from signing up with Chase IHG card. Otherwise, it would’ve been close
to $200 per night with taxes and everything.

Our hotel was more like a boutique hotel. It’s not huge, more on the minimalist urban trendy side. One
thing I was looking forward to was the swimming pool on the 12th floor. The weather in Madrid…
HOT…HUMID….HOT!!! High 90’s. So having a pool was a sure big plus.

Since we’ve got Platinum status, thanks to the IHG credit card sign-up via Chase, we were allowed
to do an early check-in (around noon), and given an upgraded room. Almost every hotel in Europe
that I’ve seen (big or small) had a face plate in right in front with a designation as to the number of stars. This one’s a four star hotel, and I could see why. It’s extremely clean, smells good, and the location was perfect. It was in the heart of everything.

I was thinking the moment we drove up to the hotel, that it actually reminded me of NYC. It felt like I

Theatre. That was the feeling. And then bam…..to my right, showed up a huge marquee….El Rey Leon

aka The Lion King. We must be staying in Madrid’s theatre district.

Once we got to our room, it was hard not to lounge in bed. But the day was calling for us to go out and
explore. Yet, at the same time, I felt a bit funny, as in motion sickness-funny. I felt like I was still in the
train. That kind of motion sickness, and that has never happened to me with all of our train rides. I stood
straight but I felt like I was swaying. But I defied the sickness and opted to get this Madrid party started.
First order of activity, a quick dip in the pool. It was HOT as I mentioned earlier. The pool on the 12th
floor had fantastic views of the city. The hotel was also perfectly situated for rooftop sunset views.
El Rastro Street Fair

After swimming, we went to El Rastro. It’s Europe’s largest street fair, over 3200 stalls. The fair is every
Sunday and it ends at 3pm. The section we went had lots of folks selling their local crafts. We walked
down that street and then decided it was time to eat. We went to La Barca Del Patio known for their
traditional Andalusian fare. We ordered their seafood mixed plate and chicken BBQ skewers. The smell
inside the restaurant was quite amazing. There’s section where they did the indoor grilling and that was
available for all to see. There was also live musicians that entertained the guests. However, as much
as I enjoyed our food and the scene, I was really not feeling well. We all decided to head back to the
hotel by 3:30pm and I went to bed. Caitlin stayed with me in the room. Nancy and Evan went to take
care of their own sickness – they went shopping.

Plaza Mayor
By 6pm, I started to feel better and we went out again for a walk. First it was at Plaza Mayor, a short 10-minute stroll from the hotel. It’s a big square filled with shops and restaurants.

Mercado de San Miguel
We chose not to eat dinner at Plaza Mayor, but we went for a few minutes and found Mercado de San
Miguel. My TripAdvisor friends advised not to miss this. Yes it’s a market….but a haven for foodies. It
was one of the cleanest markets I’ve been to, bustling with tapas. So yes…a haven for tapas. It was
food galore left and right and it didn’t seem like there was going to be a wrong place to check out. But I
chose a couple of stall, one with traditional seafood tapas, I had their codfish, octopus, and tuna.

Once I got back to our eating area, another couple talked to us. They’re now locals but originally came
from Florida and the UK. Curtis from Florida suggested Navajas, a shellfish, just like clams but a long
shellfish. I’m all about trying something new, so I did.

I went to the stall where Navajas was sold. To my surprise, I thought it would be sold “cold” but once
we picked up the 10 Navajas, he placed them in a Tupperware and covered them, and used a
microwave and heat it up for a minute and a half. Once it was warmed up, he drizzled the Navajas with
extra virgin garlic olive oil, a couple of pinches of salt, and I asked for a little bit of Tabasco. That was it. I
went back to our table, and tried it. It was tasty, delicious, juicy…..just like clams….just long clams!
Thank you, Curtis and Michelle.

Star sighting backstory – Marcia Cross
Nancy whispered to me, she pointed at the lady wearning a hat and a long black summer dress –
“that’s” the actress from Desperate Housewives. There’s a bit of a backstory to this. This was NOT
Nancy’s first time seeing Marcia Cross. A couple of years ago, Nancy saw Marcia visit someone at
Kaiser Permanente in Los Angeles. Nancy was working and she saw her visit a relative quite a few
times. She never had the courage to ask for a photo op. But tonight I told her….go! So she did! When
Marcia (yes, we’re now on a first name basis) stood up and walked towards one of the stalls, Nancy
kindly asked her for a photo. She gladly obliged and we had to tell her about our our Kaiser Permanente
story. Without joking, we did watch her TV shows and we mentioned that to her as well. So there, a
picture and a selfie with Marcia Cross!

Madrid’s Gran Via = New York’s 34th Street
That’s how I could compare the area where we went to in Madrid. It was lined up with stores and after
stores. We walked around and shopped for a few things, and headed back to the hotel to the hotel to
end our first day in Madrid.