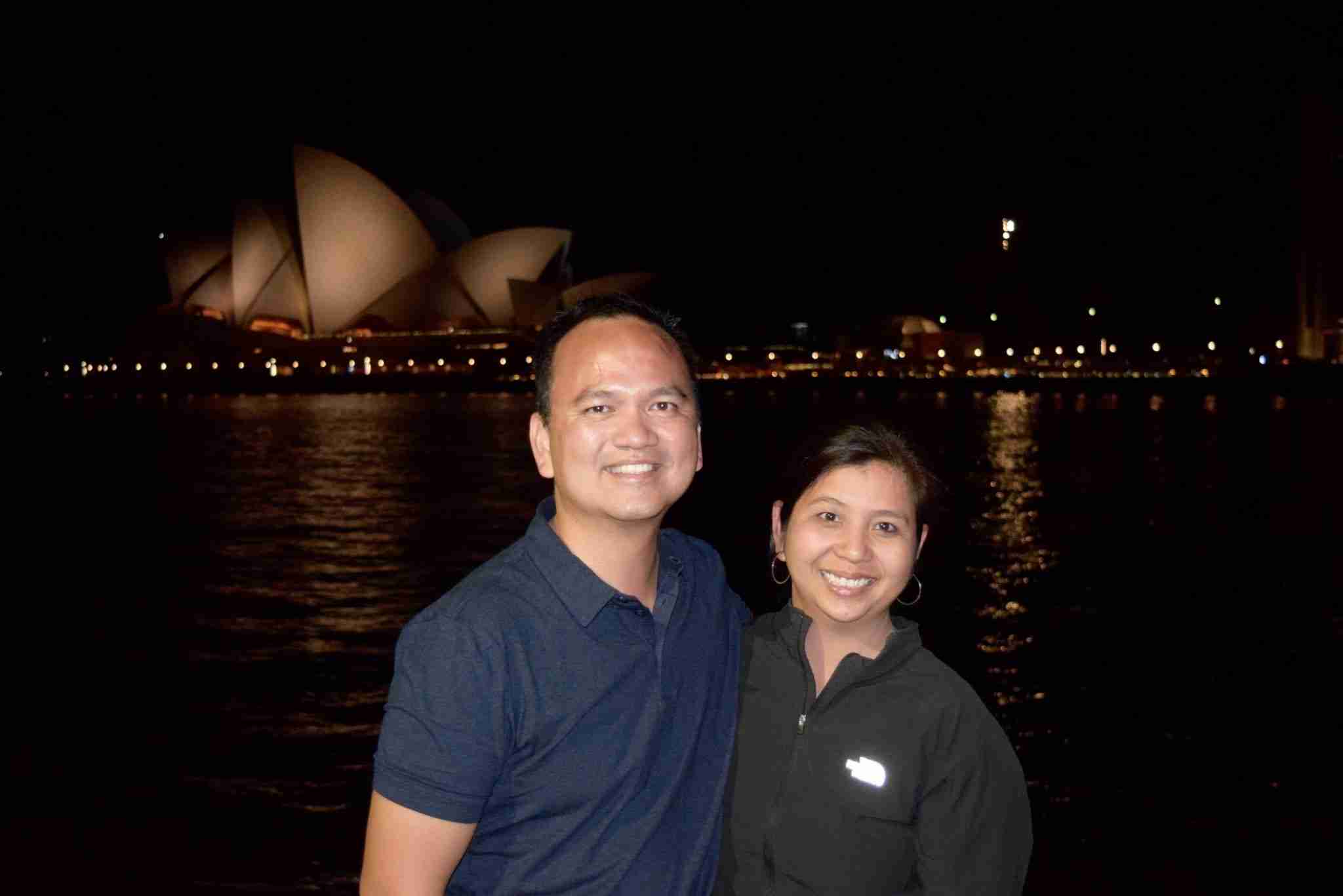 Time flies when you’re having fun. We are more than our halfway point on our vacation. It’s now Tuesday which means it was time to say our goodbyes to Greg and Grace, our AirBNB host/hostess. Prior to us leaving the apartment, we tidied up a bit. We cleaned our room, and I even vacuumed the carpet.We weren’t expected or asked to clean, but it was just our way of also saying thanks for a very comfortable stay. By 10am, we saw Grace and her friend, Vickie, and we said our goodbyes. We had such a great stay. Surry Hills was a great experience, close enough to all the actions around Sydney.

Off to a new adventure

e Rocks. What’s so special about this place? Many have asked and so now I will spill the beans. Since I started earning points via credit card sign-up bonus, having a Chase Hyatt credit card was one of the best value cards out there. As a bonus for signing up once you meet the minimum spend of $2,000 within the first three months, Chase gives you two FREE nights at any Hyatt around the world. You could stay at high-end or a low-end Hyatt and get the night/s for FREE. So, of course, to get our money’s worth, we opted to stay at the most sought after locations. Last summer, we stayed at the Park Hyatt Paris-Vendome. One night at this hotel was valued close to $1,000.

When we booked our trip to Australia last April, Nancy and I signed up for the card (two separate accounts). We both met the minimum spend (simply using the card to pay for our regular daily expenses). Within a few weeks, we were given two free nights per account, therefore, we received a total of four free nights. We had already used one in Paris, and we were left with three more. So I booked two nights for free at the Park Hyatt Sydney. For us, it was a no-brainer. We had to stay and use our free nights here. I opted to save the other free night we have left when we go to New York City in the Spring at the Park Hyatt New York. Nancy and I will be celebrating our anniversary then. Here’s a sample of the rates during a midweek visit. Crazy!!!

So there, that’s how we stayed at the Park Hyatt Sydney for free. No tricks. Once I get my receipt, I’ll share that here too. If anything, we might end up paying for our incidentals (dining, room service, anything extra).

After we checked in, we left and headed out to Bondi Beach. We took a bus, about a 30-minute ride from Circular Quay to Bondi. It was another warm yet windy afternoon. No complaints here. The beach as I had expected was full of life. It was the place to go to get away from the heat. We didn’t swim though. We just walked around, had sushi, and just took it all in. After spending nearly 2 hours at the beach, we headed back to our hotel to rest for a bit.

We had dinner in Chinatown, a little place called Chinese Noodle Restaurant where we had their Xiao Long Bao and Fried Pork and Chives Dumplings…..yummm!!!

When we got back to our room, we came home to a pleasant surprise. A cake from the hotel manager wishing me a Happy Birthday. Plus, a bottle of champagne, and a gift bag full of goodies from Ikou. Thank you, Park Hyatt!!! We were also given one of the roomier corner rooms with a direct view of the Harbour Bridge. Stunning. That was the end of our first day at the Hyatt. For a video clip of our room, including the gifts from the Hyatt…click here.

The next morning, Nancy and I got ready to go out for an early morning walk. We stood right outside the door about to go LIVE on Facebook, and then it happened. Justin Timberlake walked by and entered the Park Hyatt dining room. Nancy and I had no plans of eating, all I wanted was a picture with JT. But we were both too gun-shy to ask for a photo. So we decided to grab breakfast. JT was about 30 feet away. He was just on his phone, talking, etc. At one point, the lady he was with (I’m assuming a manager or a colleague),walked away while he was on the phone. I wanted to take the opportunity but wanted to give him space. The other opportunity was when he went to the buffet section, but he grabbed a couple of items so quickly that there was just no time to catch him. Finally, he got up, and I assumed he was going back to  his room, and that was that…..no more JT. Waaaaahhhhh!!! Oh well…..at least we got to have breakfast with JT in the same room.

The rest of the afternoon was spent at the Sydney Fish Market. It’s an indoor fish market where you can buy seafood, and eat their cooked meals as well. It was bustling with energy. Lots of big fish vendors with colorful ocean goodness. We opted for a lobster tail, oysters, calamari rings, shrimp, an order of sashimi, and finally, lobster garden. It was a lot of food, but oh so delicious. The shrimp was the star. We ate the chilled shrimp….it was chunky and sweet. Just delicious. What a great visit at the fish market.

Unlike the other days, today was the only day when we had rain. It only rained in the afternoon, but by 7:30pm, it was clear again. Nancy and I ventured out and was surprised to see the mall stores were closed by 8pm. Shocked! For dinner, we stopped at Menya Noodle Bar and I had the Kyoto Ramen while Nancy had a mini pork bowl.It was good enough to cap off our slow day.

2 thoughts on “Oz 8 – There are places I remember”