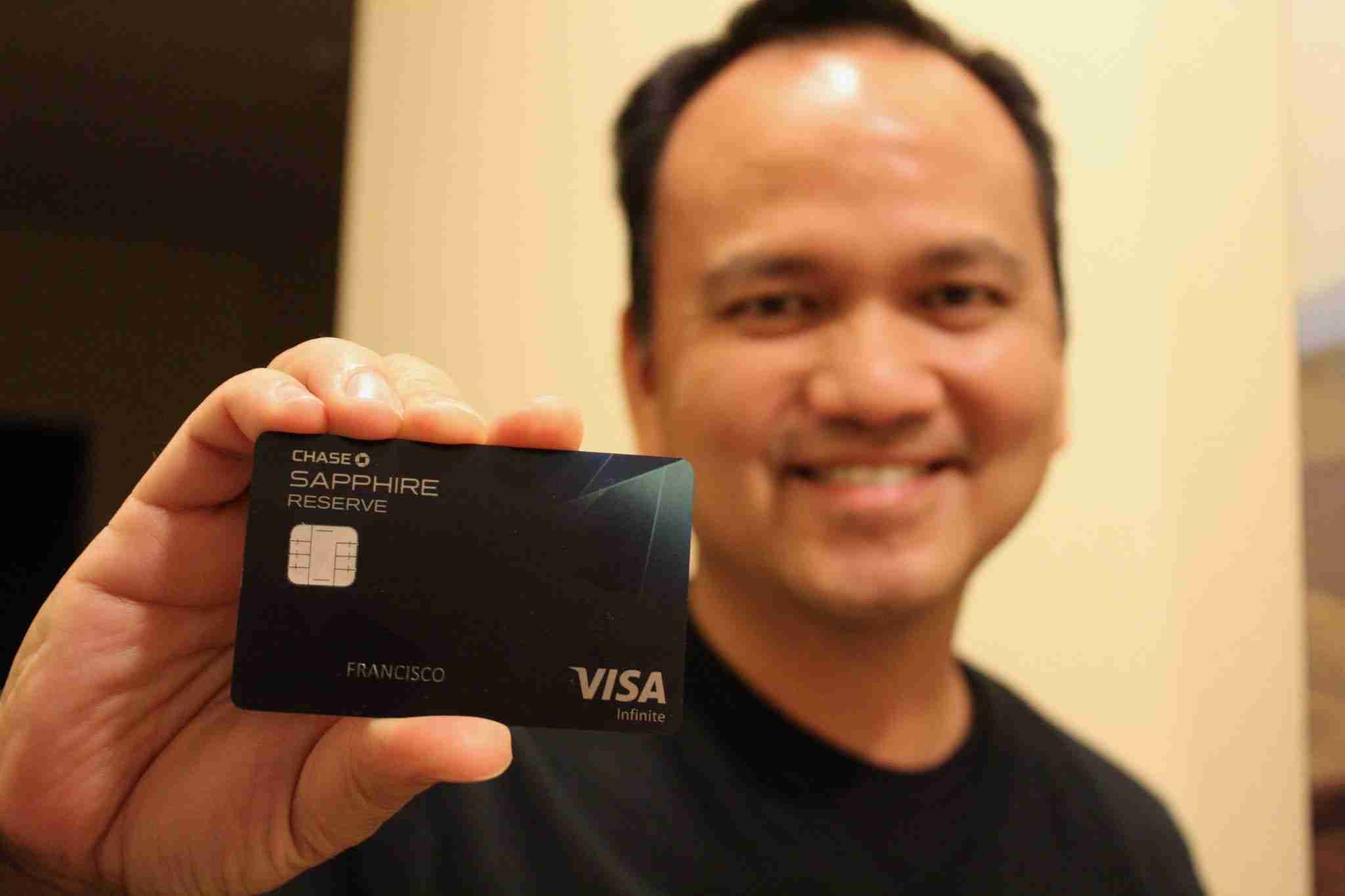 Two weeks ago, I wrote a blog entry on our journey in getting the Chase Sapphire Reserve.

When I said our,  I meant me and my wife, Nancy. Click here for that blog entry, The Hamilton of Credit Cards. In a nutshell, as someone who uses airline miles and credit card bonus points that supplement our desire to travel around the world, finding the right credit card is key to this hobby. I’m a firm believer that NOT all credit cards are created equal.There were two credit cards that were out of reach for me, the Chase Sapphire Preferred (CSP), and the Chase Sapphire Reserve (CSR). Why?  It was all because of:

Since I was 14/24,  Chase did not think I was worthy enough to get one of their prestigious cards. I wanted the Chase Sapphire Preferred– so badly – the 50,000 bonus points are good enough for two roundtrip tickets to Hawaii (this bonus had gone up to 60K-80K) I applied for it three times and failed (between 2015 and 2016). It was not because of my income, not because of my credit score, but because of the # of new credit cards I had opened within the past 24 months. I also applied for the Chase Ink+ card twice, and failed. My ego was hurt. Well, not really, but it bothered me. I vowed to find a way for this to work in my favor.

Then in the summer of 2016, Chase rolled out their newest lucrative card, the Chase Sapphire Reserve (CSR) with all the bells and whistles plus a whopping 100,000 bonus points. I was roaming around the streets of Lisbon when this was rolled out. I knew I’d fail if I applied, so I didn’t. Instead this was the timeline of 2016 activities I did to chase Chase (pun intended).

By the time I got this pre-approval, I went from being 14/24 to 8/24. Yaaassssss!!! So, did I apply? No, not just yet. What???? Well, I was taking this in stride. Nancy just got her CSR two weeks prior. We managed to move her due date to 12/28 which gave us the opportunity to take advantage of $300 Travel Credit. We billed our timeshare maintenance fee using the CSR. Plus, we still had to meet the $4,000 spend on her CSR which will be no problem. I will apply for the CSR eventually. I don’t have any plans on applying for any other cards right now.

Research, research, research. I asked lots of questions from the experts. While the journey to getting the coveted pre approval might have taken awhile, it gave me something to strive for. It allowed me to also review my credit report. In the end, it was all very worth it.

What about you? Do you have a similar situation that prevented you from getting your coveted card? What did you do?