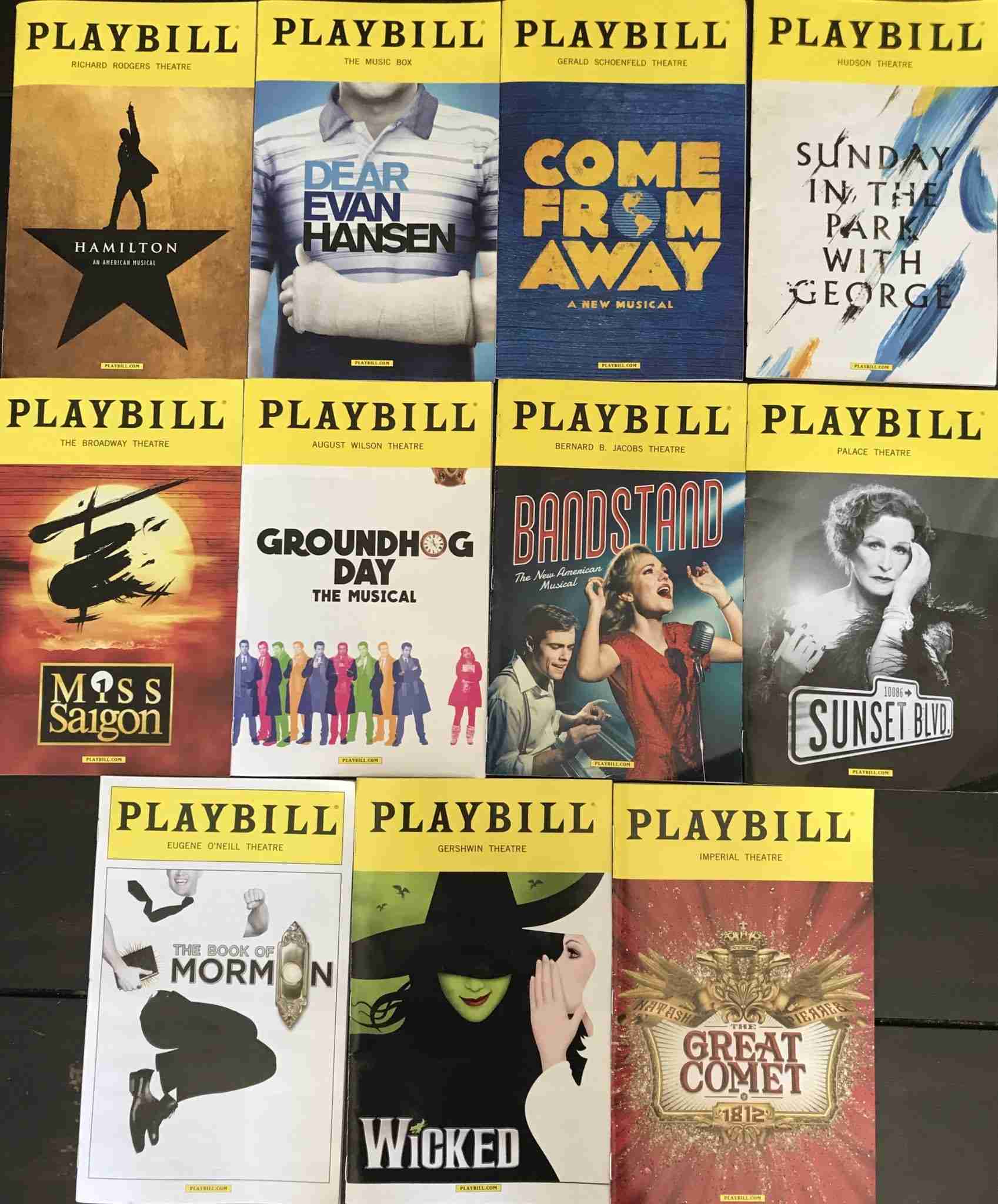 I told many of my friends and family that our party of six managed to watch ten Broadway shows in six days in New York City. My apologies. I was wrong. I miscounted. We watched eleven (11) shows. That’s right….11 shows!

It’s one thing to watch a show on Broadway, but it’s another issue to actually to pay for a show on Broadway. The prices aren’t exactly similar to buying movie tickets. Show tickets are very pricey, and could range hundreds to thousands of dollars. But thank you to the many available discount programs, we were able to watch many Broadway shows and did not have to spend an arm and a leg. Let’s review the discount programs that we took advantage of.

Watching a Broadway show is part of someone’s quintessential New York experience. Fortunately for me and my family, watching live theatre was not that big of a stretch. Nancy and I have always watched live shows long before she and I started to date. We made sure to share our love of theatre with our kids. So whenever there was a show that came to Los Angeles or near where we live, I made sure to get us tickets.

However, watching a Broadway show, or any live show for that matter is not exactly inexpensive. Depending on the popularity of the show, tickets could start near $100 or up to thousands of dollars. But I knew better not to spend an arm and a leg to pay for Broadway shows especially when watching shows in NYC.

To get tickets to a Broadway show, there’s usually a website where the show will be playing, or the show could direct you to ticketing outlets such as Ticketmaster or Telecharge. When going directly through these outlets, chances are you will be paying full price plus additional service fees. For Hamilton, I wrote an entire blog entry on how we bought Hamilton tickets WITHOUT paying an absurd amount to scalpers. It was thanks to my The Platinum Card® from American Express which gave me access to Amex Concierge service (meaning Amex will act as the ticket outlet)…this is the one that got me 3rd row orchestra seats to Hamilton with no sweat…I didn’t have to queue in….Amex Concierge did all the work. They also have access to MANY other shows on Broadway, and other shows in general. By signing up, you can get American Express Membership Rewards good for air, hotel, and many other perks.

With Broadway shows, these are the ways one could get discounted tickets, or ways to avoid paying absurd, inflated ticket prices from scalpers.

Again, we had six days, there were six of us (with 4 kids), and we watched eleven different Broadway shows. Here’s a breakdown of what we watched and the deals we got. You can also click here for a better view of the spreadsheet.

To get an idea of Broadway shows that offer discounts, lookup the following keywords on Google – Broadway Rush Lottery. As of April 2017, these were the websites I used to help guide us with the shows and the discount programs they had available:

Broadway for Broke People – how appropriate!!!

Lastly, I suggest that you come up with a strategy on how you plan on getting tickets in New York. If you are alone or with a group, that in itself could add degrees of ease or difficulty. Know your budget, know your limits. Know your timeframe, prioritize what shows are a must-see for you, and have a back-up plan. If you don’t get tickets to a particular show, you might have some time to walk towards another theatre and find out what other discounted seats are available, or try and walk towards TKTS for more last-minute deals.

Click here for my favorite Travel Credit Cards that we regularly use to earn rewards.

12 thoughts on “How to get discounted Broadway tickets in NYC – we watched 11 shows!”