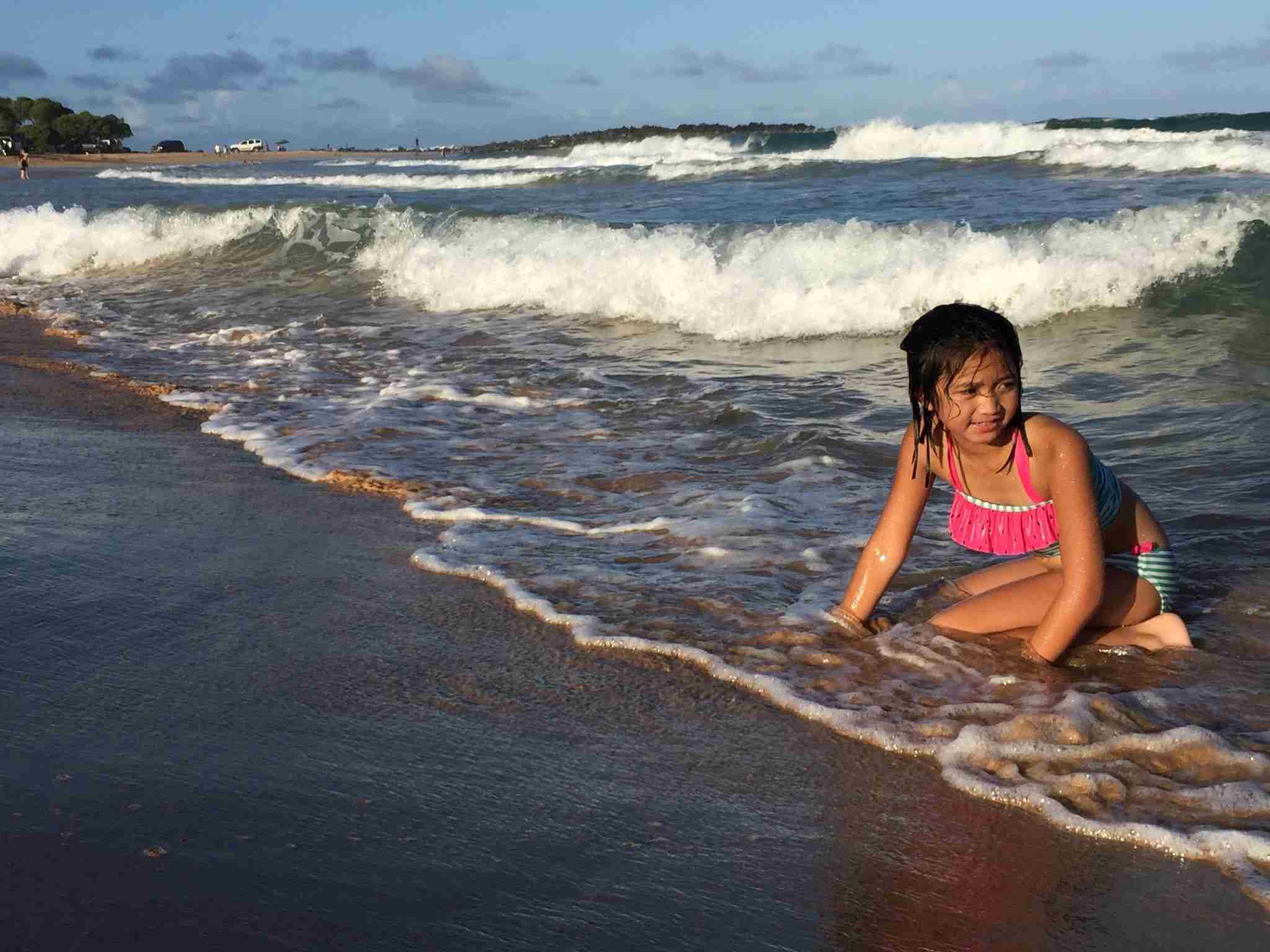 While others take months or years to prepare for their vacations, that wasn’t the case for my family. It was on June 20th, early Tuesday morning, when I finally booked our trip to Kauai. We’re no strangers to last-minute bookings. But by far, this has been the closest to last-minute as it got. Thanks to our miles and points, we only paid $11 per person for this last minute getaway to Hawaii (click here). We had just under two weeks to prepare for our trip. However, we were not exactly worried. It’s Kauai. We know this place. Very. Well. It holds a special place in our hearts. This was the island where Nancy and I chose to go on our honeymoon back in 2000. This is now our 5th or 6th time returning back to Kauai, so we’re quite familiar with the island.

If you want to get away from it all

Many have asked me, what’s there to do on the island of Kauai. I think of Kauai as the island to get away from it all. Back in 2000 when we first visited the island, it was far laid back when compared to Oahu, the island I’d call, “If you want to do it all.” Oahu offers you city life should you choose to stay in the Waikiki area, but once you venture outside Waikiki, there’s just more things do and I love that about Oahu. So why did we pick Kauai? Let’s see how our travel pattern looked like within the past year.

We needed a vacation from our vacations

As you can see, our past five trips had a common theme….lots of exploration, lots of walking, hopping from one  ity to the next (via plane, train, bus, Uber…what have you). They were all very exhausting. After our last trip with the kids last Spring, when we all went to NYC, Niagara Falls and Toronto, we all agreed that if ever we’d go on vacation this summer, it had to be a beach destination.

Honestly, as much as I’m the mastermind behind all our trips, as much as I love and enjoy researching places to visit, I’m a bit worn out. I wanted to go back to some place familiar and Hawaii gives us that opportunity. We’ve been coming back to Hawaii yearly, there were 2 or 3 years when we actually visited twice. We know our way around, we know what we love, and frankly, it feels like home. That’s what we love about Hawaii.

Nothing much to prepare

Okay so we had less than two weeks to prepare for this trip. HA! I laughed because we didn’t really prepare until the night before. Very typical for our family to pack at the last minute. There were six of us, and the plan was to bring 5 carryon luggage and 5 backpacks…that’s it. No checked luggage.

It wasn’t until 9pm on Saturday night when we finally packed our luggage. Ethan and Madison are grown and they packed their own luggage. Nancy and I were up until past midnight. I checked our flight arrangements and realized that our TSA Precheck information were not on our boarding passes so I called American Airlines to update our records….done! Oh and btw, the plan was for four of us to fly in the morning flight, while Nancy and Evan were scheduled to fly later in the afternoon due to a prior commitment. Again, we’re a traveling family and we’ve traveled separately before so this was not an issue.

I had arranged for us to park our car at Wally Park which was just a few minutes from LAX. Everything went smoothly as we parked our car, and next thing you know, we were shuttled to Terminal 4. Since we had no luggage to check in, we went straight to security, to the TSA Precheck line and breezed through all the long lines.

Since we booked our tickets at the very last minute, this meant that we didn’t have a chance to get choice seats. We ended up getting seats that were not next to one another…and worst part? Middle seats. I’m not a fan of being in the middle. So upon arriving at the gate,  I had to work with a gate agent minutes before boarding and hoped that we’d be seated together. Ask and you shall receive. The agent was able to get us all seated together.

We barely had enough time to lounge before boarding. We were actually quite hungry as we got to our gate. We decided on The Grilled Cheese Truck and Dunkin Donuts, and not long after that, it was time to board. The gate agent was able to put me, Caitlin, and Madison all in one row, while Ethan was give a window seat just two rows behind us. We were set. Thank you, American Airlines.

We left LAX at 8:50am, and arrived around 11:30am local time. We arrived close to an hour earlier than scheduled. I liked that! Since we had our carryon luggage and no checked luggage, we didn’t have to deal with the crowd at baggage claim.

Again, we knew our way out, and we headed straight to car rental shuttle pick-up area, and flagged the Budget Rent-A-Car shuttle.

Upon arriving at Budget, we headed straight for the line. I stood there for a couple of minutes and noticed one customer service rep assisting another customer. I thought to myself, “oh boy, this is gonna be long!” Then it hit me, I applied for Budget’s Fastbreak free membership service just before we left for this trip. So I turned around to the Fastbreak queue (there was no line). , and saw one customer being assisted, NO line behind him. HA!!! I jetted back to the FastBreak section, and not long after, Julia, the rep assisted me and got us in and out of there within a few minutes. We opted for a 7-seater red Ford Explorer.

You know you’ve been on Kauai one too many times….

…when you don’t need a GPS. Yep! That’s exactly what happened. We went to Hamura’s Saimin on Kress Street which was just a 5-minute drive from the airport. We kept it simple…Large Saimin, Beef BBQ Skewers, and Lilikoi Chiffon Pie. It was good to be with the locals. Visiting Hamura’s is a must for us, and we could find ourselves back here at least one or two more times during this visit.

After leaving Hamura’s, we ran a couple of quick errands at Costco and Walmart. We purchased our drinks, basic grocery items. It was chop, chop, chop. We were on a mission and we were out of there in no time.

Our home away from home

We arrived at Kauai Coast Resort around 2:30pm, our room wasn’t ready yet and that was okay. It was humid, and all we could think about was to jump in the pool. I swam with Caitlin while Ethan and Madison lounged on a hammock which faced the Pacific Ocean. Not a bad way of getting our vacation started.

After playing in the pool, we ventured off towards Kealia Beach and spent the rest of the afternoon playing in the water. We also stopped by Chicken in a Barrel and had their local sampler plate….a little bit of a lot of everything – chicken, beef, pork,& a baby back rib. It was so ONO!!!!!!

Later on that evening, Evan and Nancy’s plane arrived from LA. We picked them up at 9:30pm….and just like that, we were all together again. Mahalo for following our journey.

2 thoughts on “Kauai – a vacation from all our vacations”