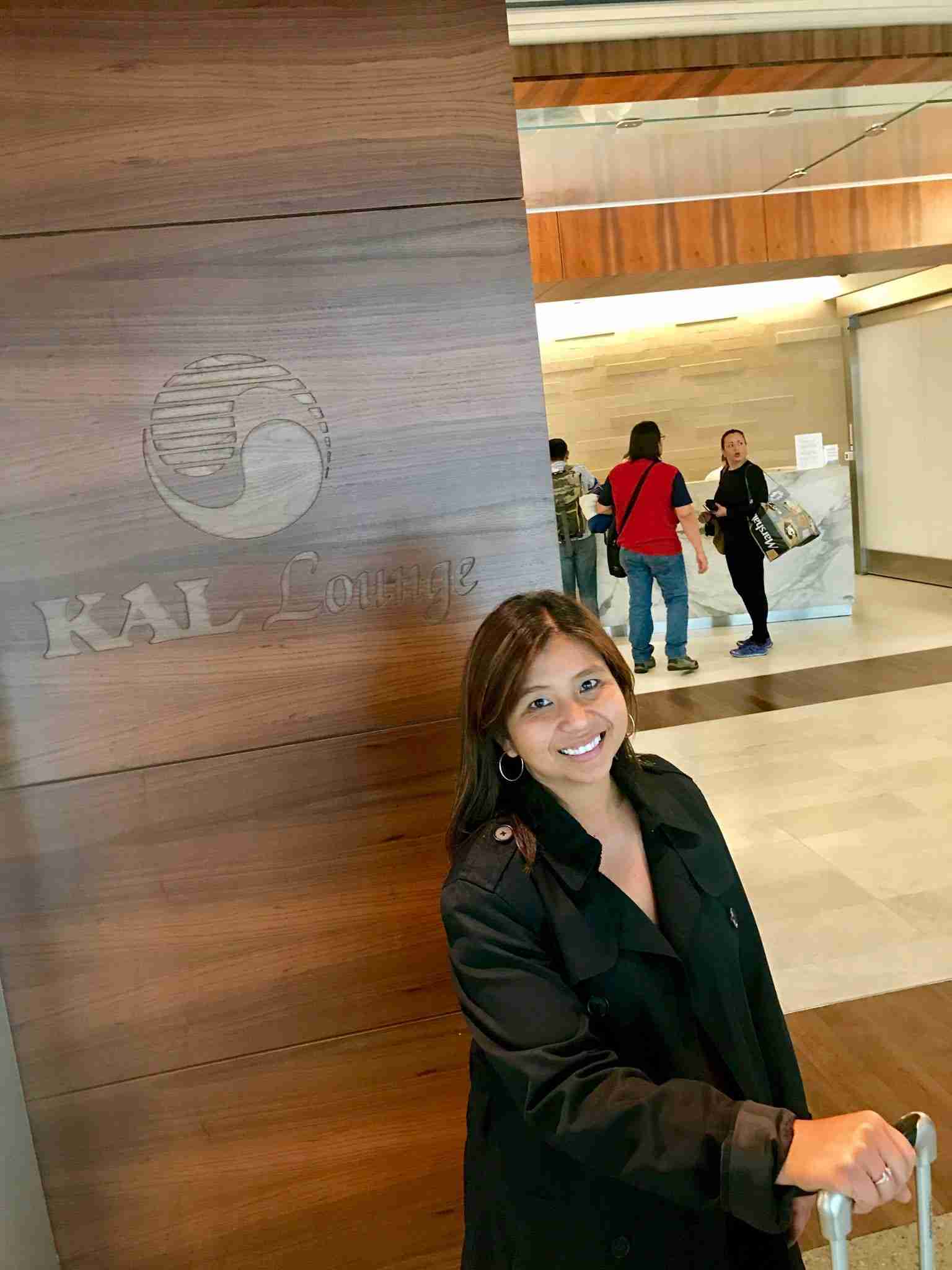 I wrote about How We Scored a $300 Roundtrip to Singapore. Now, let me share with you how we got there. Since I booked this trip back in April, I got in touch with my cousin, Joey Capili, via Facebook. Joey and his family live in Singapore and I thought it would be a great idea for us to meet during this trip. We exchanged many messages over the past few months and have agreed on an itinerary.

I let Joey do all the thinking for me. I really had no more time to plan for this trip. Since we came back from our trip to Kauai last summer (where we only paid $11/person for our plane tickets), we didn’t have any more opportunity to go on another summer vacation. Our kids were just ever so busy with cheer and football. Next thing you know, school started towards the end of August.

I guess in my mind I didn’t have much to worry about. I mean, yeah, I’ve never been to Singapore, but when it came down to packing my stuff, I truly waited at the last minute (or more like the last 2-3 hours). I procrastinated. I did not even pack the night before. I went to bed at 11pm on Tuesday night. I heard Nancy, and could hear her packing while the kids and I were asleep. I set the alarm at 5:30am, that’s when  decided to pack. I heard how humid it could be at Singapore, so I focused on light clothing wear, shorts, cotton shirts, that was pretty much it. I also brought my Rainbow sandals, my loyal Skecher GoWalk shoes, and my Nike running shoes. I was set.

Our goal was to leave the house 9am. Our flight was at 1:45pm. We still had to make sure our 4 kids got ready for school. We finally left close to 9:30am. We quickly stopped at Wells Fargo Bank to pick up the foreign money that we ordered, and we were on the freeway headed for LAX shortly after that.

We got to Fox Auto Parks a little after 11am. After checking in our Prius, the Fox shuttle drove us directly to Tom Bradley International Terminal. We had already printed our boarding passes. As always, we like to keep our travel light. We each had a carryon luggage, a backpack, and Nancy also had her purse. There was no need for us to check any of our luggage, although, we did have that option to check two pieces for free.

We breezed through security and our next stop before we fly nowadays? Airport Lounges.

I used to travel quite a bit for work. I remember passing through many airport lounges and have often said to myself, “It must be nice!”
I could only imagine that one had to be a frequent flyer, or someone with lots of points and/or money to get access to the lounges. But I was wrong. You don’t need to be a frequent flyer. You don’t need to be a VIP, no need to be super rich to get in to these lounges. How exactly? I can tell you how it worked for me.
During my last job where I traveled a lot to the East Coast, I chose United Airlines as my airline of choice for most of my trips. I opened a Chase United Mileage Explorer card, and by opening this card, I was given bonus points which I was able to use for our flights to Europe, but the card also gave me passes to access the United Club lounges. I was able to use the lounge at LAX, Washington DC, and Newark, New Jersey.
I eventually heard of other ways to get access to different airport lounges, After all, I had plans to travel outside of the US and there were many more lounges out there for me to try. I signed up for:

With Amex Platinum, you get complimentary access to The Centurion Lounge, International American Express, Delta SkyClub, and Priority Pass lounge networks. The deal with PP from Amex, the cardholder is allowed to bring a guest at no extra charge. During the first few times that Nancy and I traveled alone, this card worked perfectly for the two of us. Otherwise, if we had others who were traveling with us, the other travelers would have to pay an extra $27 to enter the lounge. In 2016, four of us went to Europe. On our flight out of LAX, we were scheduled to fly via United in Terminal 7. While there is a United Club lounge in Terminal 7, that lounge is not a part of the Priority Pass Program. I looked up the Priority Pass app, and learned that in

Terminal 6, there’s the Alaska Airlines Lounge that we could use. It took a bit of a walk, we factored in another 10-15 minutes in between terminals and that’s how we accessed the lounge. Since we had Evan and Caitlin with us, all of us could get in the lounge without having to pay extra. Evan and Caitlin were not Priority Pass cardholders therefore would need to pay $27 each. Instead of wasting an opportunity of using the lounge, Nancy and I took turns in using the lounge, while one of us cared for the kids. It was good enough for us to kill time, grabbed a little bite to eat, and then we all headed back to Terminal 7. We’ve also used our Priority Pass in Paris, Lisbon, London, and Stockholm 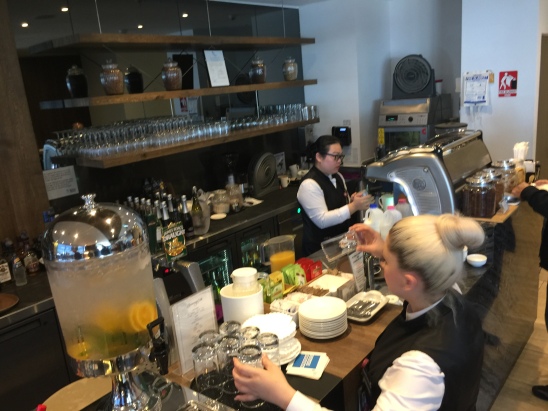 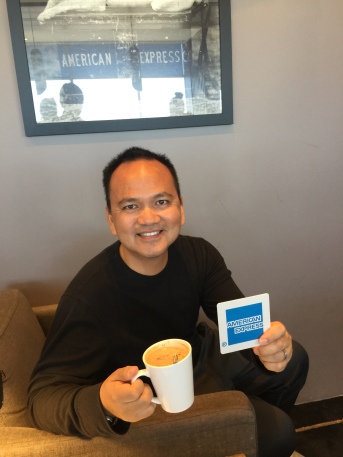 Two months later in November 2016, before flying from Los Angeles to Sydney, we used  the airport lounge access at Tom Bradley International Airport (LAX), and we used Korean Air Lounge. It was a huge lounge, very simple in decor, very minimalist feel. What I enjoyed the most at this lounge was the selection of Udon and Ramen noodle soups. On our flight back from Sydney to Los Angeles, we were able to use the American Express Lounge in Sydney International Airport.
It was a smaller lounge, but Amex knew exactly how to take care of its customers. There were plenty of food to eat and that was good enough for us to use before we headed back to LA.
Chase Sapphire Reserve (no active link) – when Chase rolled out their newest credit card in the summer of 2016, one of the biggest perks was having Priority Pass benefits. What’s

the difference with benefit with Amex? Unlike Amex where only the cardholder can access the lounge, and additional guests (more than 1) will have to pay extra, the Chase benefit does not impose a limit to the # of guests that a cardholder could bring in the lounge. Perfect. And that’s exactly what we did. Nancy and I both have a separate Chase Sapphire Reserve. During our trip to New York City last Spring ,we took all four kids with us.

We flew Delta out of LAX’s Terminal 5, and while there’s a Delta lounge in Terminal 5, accessing it would’ve been limited to just me and Nancy. But, all we had to do was to walk to Terminal 6 and head over to the Alaska Lounge (part of Priority Pass network), just like what we did during our trip to Europe a few months ago.
We also used our Priority Pass when we flew to Iceland in February 2017. We flew out of LAX’s Tom Bradley International Terminal and the Priority Pass gave us access to the Korean Air Lounge. We were about to fly WOW Air for the first time, an airline known for being no-frills, and that every single thing they offer onboard comes with a charge. Knowing that we had close to a 10 hour flight from LA to Iceland, we brought a couple of ramen noodle cups with us from the lounge (of course, we asked for permission). The ramen noodles sustained us during our flight. It kept us warm for the duration of our flight.
For this most recent trip to Singapore, we used the Korean Air Lounge again. Well, it’s the only lounge we have access to out of Tom Bradley. We only had about 45 minutes to stay in this lounge, but trust me, we enjoyed every minute of it. Free wi-fi access, free food (sandwiches, fruit selection, chips and salsa, sushi rolls, espresso machine, and so much more). I ended up having 2 cups of spicy ramen noodle soup.

There are other credit cards out there that offers access to lounges, but I only write about the ones that I, myself, have used. I’m happy with our Chase Sapphire Reserve (no active link) and American Express Platinum (personal) and American Express Business Platinum. It suits our needs just perfectly fine.
Ok….next blog entry is our flight to Singapore via Japan Airlines and our first evening in Singapore…..thanks for following our journey.
Don’t forget to follow me on Facebook. Click here.

Also, here are my favorite cards that I use myself. Always make sure you have the latest and greatest offer. These offers do change from time to time.Here’s a link to my favorite travel credit cards. Click here.

2 thoughts on “How to access airport lounges for FREE”