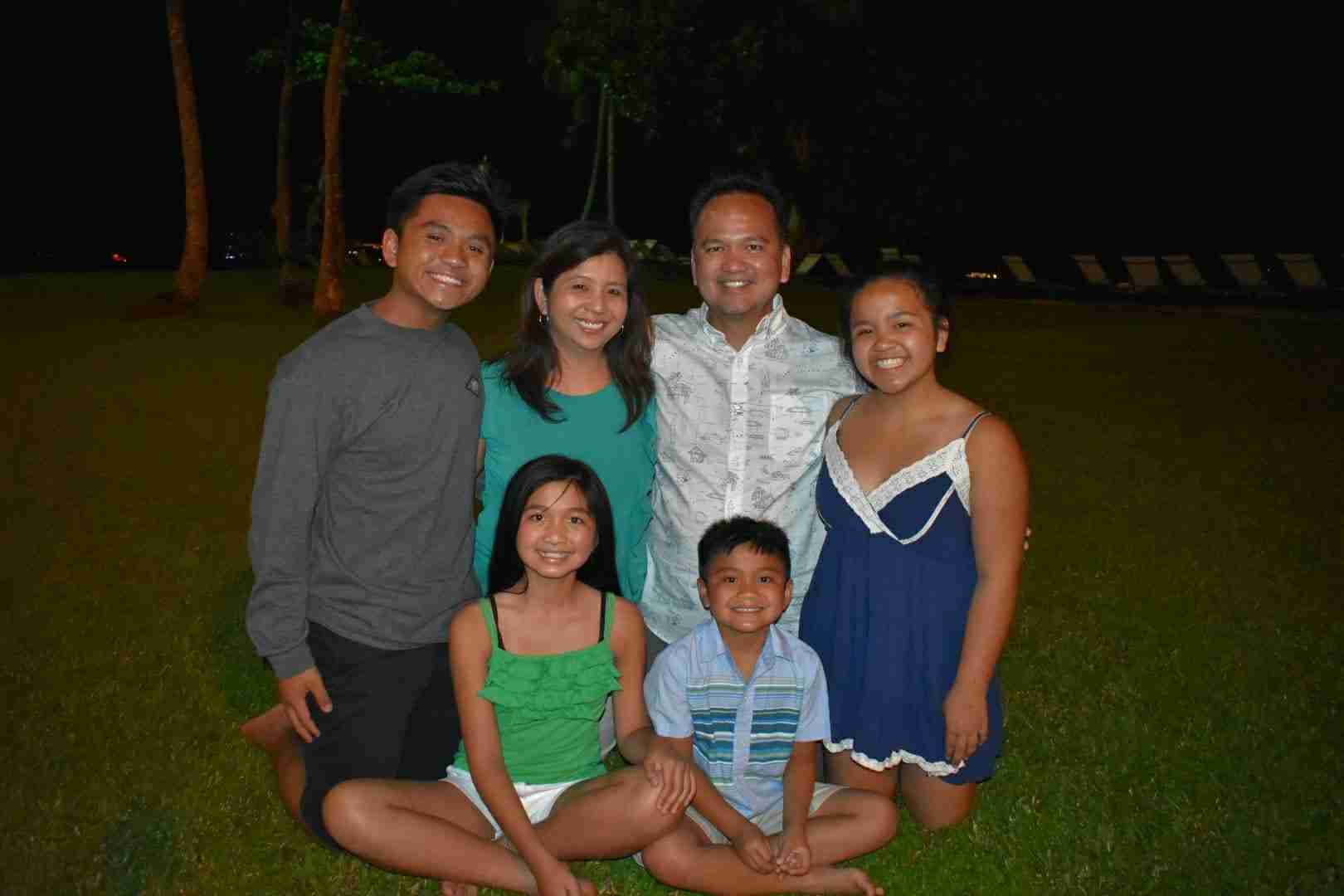 My Friday started pretty early – around 4:30am (local time). I received a text from work which required me to talk to my employees, ran a couple of conference calls, and I had remained on standby most of the day. I am not complaining. I’m very fortunate to have a job, and it allowed me to take care of business even while I was over two thousand miles away.

While I took care of business from work, the sun and rain were dancing together. It looked like they were trying to give us a hint, what would it be? Rain or shine? Well, the sun won….yay!

First order of business was a visit at Ken’s Pancake House. It was located just a couple of minutes away from the hotel. Known for being an institution of good food on the Big Island, Ken’s did not disappoint today. We ordered Crabcakes Benedict, Teri Beef Hoagie, Mac n Cheese, Mac Nut Pancakes, and Waffles with Bananas and Mac Nut. It was a feast that got our morning started. I enjoyed by crab cakes since we’ve been eating meat and I needed a break. It was also good to have guava syrup with the pancakes, and coconut syrup with the waffles – definitely tasted the island vibe.

We finally made the trek to Volcanoes National Park. It was a straight half hour drive from Hilo. There were no crazy winding roads. The weather was calm. There was no rain. It wasn’t extremely hot either.

Upon arrival, we were advised to head to Jaggar Museum. Why? There was a volcanic activity (not exactly a major eruption). So we drove a couple of miles toward Jaggar Museum, and witnessed a lava lake activity in Halema‘uma‘u Crater – about a mile away from the observation site.

We then drove over to the steam vents. What do they look like? Picture steam coming out of the ground, that’s how it looks. According to nps.gov:

Ground water seeps down to the hot volcanic rocks in this area and returns to the surface as steam. While standing at the Steam Vents, take a good look around. The area between the caldera’s edge and outer cliffs of Kīlauea Caldera is a treeless plain. The ground just a few feet down is so hot that tree roots can not survive. But shallow-rooted grasses and plants grow here.

After leaving the vents, we headed down and hiked a little towards Thurston Lava Tubes. It took us on a trail where we got to see Kilauea.This was an experience.

The tubes were huge, like a little tunnel…lava flowed here and we were able to walk through that tube. It was dark but there were also lights dim enough to guide you through.

The visit to the park cost us $25, and that was the charge per vehicle. It was money well-spent. The $25 ticket is good for seven days. Only in Hawaii where I can say I’ve walked near an active volcano.

We grabbed our quick lunch over at Foodland and a nearby L&L. I was still on my great poke adventure and opted for Ahi Poke bowl with furikake and shoyu. How I love Foodland. This bowl was only $6.99 and the ahi was so fresh.

It was time to hit the beach. The front desk at the hotel told us that there many nearby beaches and so we just went on our own to find one that we liked. Bingo. Onekahakaha Beach Park was the first one we saw and we decided to hang out there. Why? There was a huge area that was perfect for the kids, for all of us. Huge boulders were blocking the surf which kept this little pool safe for all the kids to play. For the adults, the water was just above someone’s knee or your thighs. Water was clear and clean, just perfect.

What was the name of this beach?

After leaving Onekahakaha, I decided to head down and check out what other beaches were nearby, and noticed a similarity with all of them – no sandy access, but lots of them had a protected barrier or pool-like feel. Just because, I decided to park next to this big building. It looked like there was a trail. So we went through that trail, a little rainforest like trail.  I was expecting the water to be the end of the trail. The funny part was that the trail led us another parking lot. We had a good laugh, but not for long. That’s when we found our next water play area. I had no idea which park or beach we were on. But it was so gorgeous. I also noticed that they had placed steps and swimming pool-type ladders or handle bars which made the access and entry to the ocean very easy. It was so picturesque, I had to share and go on Facebook Live and shared the moment. I later learned that that we were over at Carl Smith Beach Park. Loved it!

Yes, it was time to grab our dinner. As mentioned before, we were not about fine dining whenever we visit Hawaii. We love going to places where locals go, the off the beaten path places, the hole in the wall type places. That’s where you find the gems. Verna’s Drive In was definitely one of the gems in Hilo. We ordered our Hawaiian Plate with Lau Lau…..we decided to bring the food back to our hotel and had an oceanfront dinner. It was that easy and simple.

That was our Aloha Friday….busy, fun, packed with activities. Mahalo for reading.