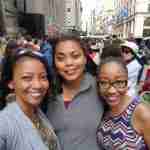 It is quite obvious that I love to travel. Sharing my experience is in my blood. But what I love even more is when my travel experience, and my zest for travel deals translate well to my readers. Many of my friends and family, and those who I meet along the way through social media would express that they followed me and my family during our trips. Not all have taken my tips, and that’s okay, but every now and then, someone just comes out of the woodwork and tell me how my trips have inspired them to travel as well. One of them is Gina.

I am reviving my Reader Success Tales today. I’ve known Gina for many years now, and it was about a year ago when she started to ask me about getting a rewards earning credit card. I told her the travel rewards potential of the credit cards that I use. She followed my advise and had since gone on a trip. She made this quite easy for me. Gina wrote and shared her tales for all of you to read. Here’s her tale.

I have been following my friend, Jason of DaddyTravelsNow for a few years now, enjoying his family travel photos to both domestic and international destinations. His passion for traveling the world on a budget has inspired me to take pointers as to how he and his family are able to travel for almost free.

The travel bug has bitten me for sure, but I have bitten off more than I could chew when it comes to my travel expenses. With enough coaching from Jason I had earned enough points to fly to Hawaii with a companion for only $11 per person roundtrip. I also had the option to fly to selected destinations overseas. But when my sister brought up the idea of celebrating a milestone birthday with our youngest sister in New York City, I knew I had a decision to make.

It was back in September 2017, the Smith sisters reunited and celebrated for three days! For the first time ever, I flew to the East Coast from the West Coast for free! I used my rewards points from my Chase Sapphire Preferred to fly from San Diego to New York City (JFK) and added a night’s stay at The Bentley Hotel, a boutique hotel on the Upper East Side.
On a side note, I didn’t own any hotel rewards card at the time and did not avail of any specials, but as a first timer in this rewards point business, I was just as happy to be traveling on Chase Ultimate Rewards points and pay very little for taxes and fees.

We played tourists in my youngest sister’s home city and had a fabulous time exploring on our own. We went up to the 86th Floor Observatory of the Empire State Building and allowed the winds to ruffle our hair.

We strolled along Central Park and enjoyed the crisp nearly “Autumn in New York” feeling in the air.

We rushed through the evening traffic to catch “Aladdin, the Musical” as requested by the birthday girl. We also met the stars at stage door after the show for autographs and pictures. We took the ferry to Liberty Island and gawked at the huge Statue of Lady Liberty.

We walked the solemn grounds of the Twin Reflecting Pools at Ground Zero’s memorial. We enjoyed delicious “Burgers and Lobsters” for dinner as highly recommended by Jason. We availed of a complimentary Night Tour aboard the City Sightseeing double decker tour bus and had an amazing view of New York’s skyline at dusk. We rode the subway, taxi, Uber, and even took a train to Long Island. We sipped on excellent cocktails at Treadwell Park and ate breakfast at 3am at the local Ritz Diner. The Smith Sisters painted the town red and still had energy to spare!

There are moments that the words don’t reach

Do I regret not having gone to Hawaii instead? Definitely NOT! Spending quality time with my sisters was not only a special present to our birthday girl, but a gift to ourselves for taking the time to be together this one unforgettable weekend. I will always cherish the memories we made and the time well spent exploring this big beautiful city. As for future travel destinations, I’ll allow my accumulating rewards points to lead the way, but for sure when there’s another chance to get together with family or friends I will be flexible enough to make changes along the way.

Thank you, Gina, for sharing your travel tales. I started to blog because I wanted to savor our memories in writing, a diary of sorts. I started to blog about how we were able to travel for nearly free just so others know that, “Hey, we’ve got 4 kids and we make it work, you can, too!” To us, it’s not about the fancy airlines, the swanky hotel suites, those are great and all, but at the the end of the day, it’s all about sharing the world with my family. That’s exactly what Gina did. She could’ve gone to an international destination with her points. She could’ve spent a vacation in Hawaii. But the opportunity knocked, and on a whim, she flew to New York City to be with her sisters. The beauty of having these points is knowing how to use them, and not having to worry so much about the cost. She earned the points, and seeing her family all the pictures from their trip – simply priceless.

To learn more about the credit cards that we use in our family that has allowed us to travel around the world for nearly free, click here.