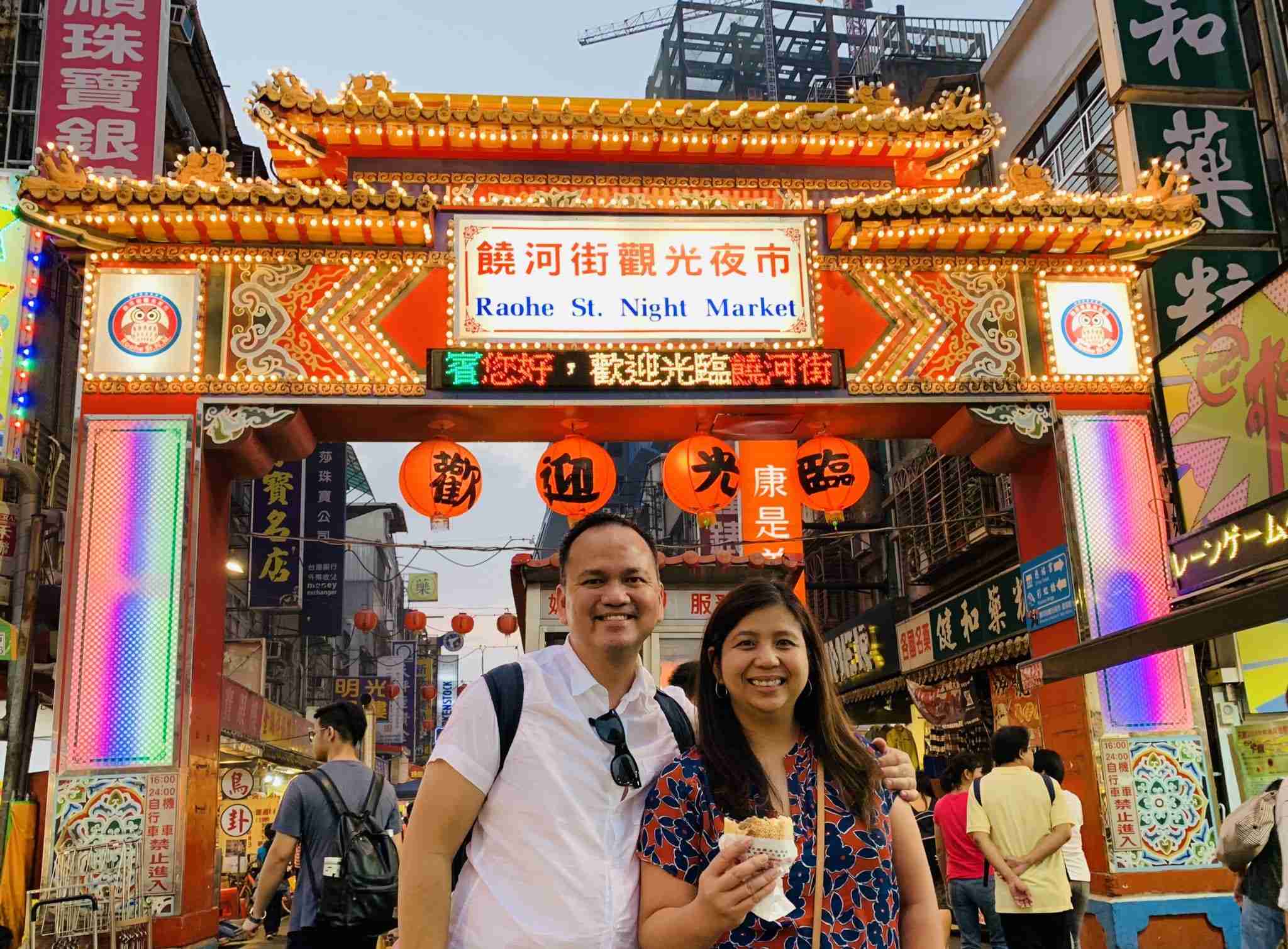 We booked a trip to Hong Kong a few months ago. Our original plan was to visit Hong Kong for over a week. But we decided to add a visit to another city or country. We had quite a few choices, including, Mainland China, the Philippines, Thailand, but we chose to visit Taiwan. Here’s how we booked two business class seats to Taiwan using points earned with credit cards.

Also, here’s the entry that I wrote on our Free Flights to Hong Kong on a non-Crazy Rich Asians budget.

A good friend of mine, Tim Chen, is Taiwanese. I was in touch with him prior to our trip. One of the things he asked me, “Why Taiwan?” It’s funny, yet I found it strange at the same time. We got the same question from other locals who we came across with. “Why did you chooseTaiwan?”  I got this feeling that not everyone thinks of Taiwan as a major tourist destination. But, I’m one to give it a chance. The only time I’ve ever set foot in Taiwan was on a flight to Los Angeles coming from Manila, and we had a quick stopover in Taipei. That was it. So Nancy and I decided, “let’s go to Taiwan.”

Hotel 73 was our home

Prior to leaving Los Angeles, I had booked us a stay at a boutique hotel that Tim had recommended, Hotel 73.

I had arranged for a car service to come get us at the airport. The charge was $1,100 TWD or approximately $36 USD. It was the best option for us since our plane had a very late night arrival.

Upon arriving in Taipei, Nancy and I went directly to the nearest ATM. We used our Charles Schwab account’s debit card, and we took out enough cash for the evening and for use in the morning. Why Charles Schwab? I learned that it’s best to use a local ATM vs. bringing foreign money along with me. You get the best local conversion rate. What about the ATM fees? Charles Schwab reimburses you the fees. So we only took just enough local money for the next day, instead of withdrawing wads of cash.

We got to the hotel around 1:00am. As expected, the hotel wasn’t one of the biggest hotels. It was had a quaint little lobby area, with a front desk. It was brightly lit.

It wasn’t busy during our check in and we were assisted right away. This was going to be our home away from home.

The next day, we woke up and headed directly one level down the main lobby. It was the location where we had our free breakfast. We are not talking continental breakfast. This was a pretty good spread of Asian goodness from congee, to noodles, to rice and vegetables – the works.

Here’s my review of what I wrote over at Points With A Crew.

If you’re familiar with DTF, you’d know that the very first DTF restaurant was in Taipei. And how convenient. It was within 7-10 minutes walk from our hotel. That’s were we had an unplanned late breakfast and early lunch. I’ve been to the DTF in Los Angeles (Glendale, Arcadia, Century City, and Singapore)? The original DTF was about 3-4 floor level high. Upon arriving, we signed up downstairs, and were called to go to the 3rd level within 5 minutes. We got there right before 11am, just before the crowd started to build up.

I’ve been to many Din Tai Fung’s in the US, Singapore, and now, in Taiwan. What’s verdict? Is the Taiwan location any better? The answer? It’s not about being better. The word I described it to my foodie friends, “consistent!” Very consistent. Meaning, the Din Tai Fung I’ve had all over the world were equally delicious. The XLBs were always consistent, and I like that.

Another one that was worth a visit was Taipei 101, massive skyscraper in Taipei. We didn’t really intend to climb or visit the observatory. We had other plans in viewing the city. But, Taipei 101 is still worth a visit. Once you enter the building, we were led to a humongous mall. We walked around for a bit. Unlike Europe, where we took the time to visit the high-end stores, we chose not to do that during our visit to Taiwan.

We just enjoyed visiting the mall, went to the food court, and searched for Irvin’s Salted Egg stand. What is it? It’s a famous snack in Asia that was quite elusive during our visit to Singapore a couple of years ago. It’s really as simple as Salted Egg chips. The products are so popular that there’s a limit per person. Of course, we bought whatever we were allowed to get 6 bags per person worth roughly $2 each.

From Taipei 101, we took the metro and headed for Longshan Temple. It was our first temple visit on this trip. I am still so fascinated with the devotion.

There were candles, and food, and flowers from the worshippers. It was quite humbling to watch these devotees.

We took a train towards Ximending. Upon leaving the train station, we walked up the steps to what looked like a mini-Times Square. You know, lots of stores, flashy lights, etc. We had one goal in mind which was to look for Ay-Chung Flour Rice Noodles (highly recommended by Nancy’s co- worker Alyshia Tseng). It was tucked away from the major street, we had to make a right to get here. We saw a crowd, and we knew we were at the right place. The idea was very simple. A bowl of noodle soup, flour rice noodles – and you get to to top it off with chili sauce, and vinegar. It’s the perfect street food. And note to self, where there is a crowd, go! Thank you, Alyshia!!!

The night was still young and we chose to end our day by visiting Raohe Night Market. It’s located in the Shongsan District. Raohe is one of the oldest night market. It was still quite early when we arrived at the market.

We walked around for a bit and stopped by the nearby Ciyou Temple. One thing I recommend about going to the night markets? Do not go too early. Why? While you may think you’re avoiding the crowd, but I think part of the experience is to be with the crowd. There’s an energy, a surge tied to walking with everyone else. It took about an hour or so for the crowd to build up.

To walk around the streets of the night market was a feast for the senses. The colorful array of merchandise, and arguably, the inviting smell of foodie goodness. It was here where I got to try my very first Stinky Tofu, and Oyster Omelette.

That’s it. That’s about all we could handle for our first 24 hours in Taipei. Stay tuned for Day Two.