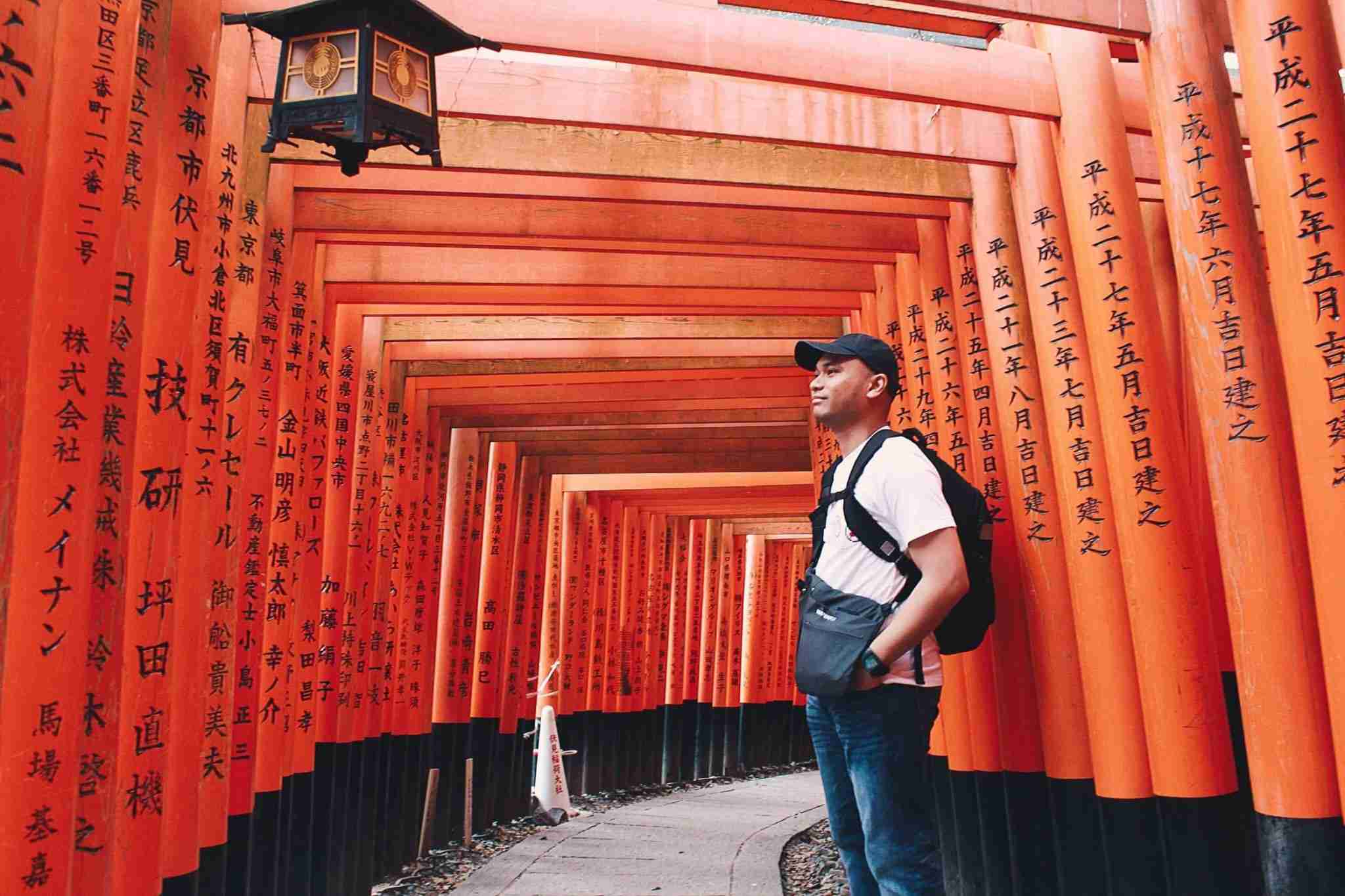 It’s now Wednesday and we all wanted to leave the AirBNB early so we could make it to Fushimi Inari Shrine. This is famous for all of those reddish orange looking columns. Every guide book and video suggested getting there early to beat the crowd.

So how did we do this? We vowed to get up early. So we woke up as early as 5:30am. We were all at the Kuramaguchi Station by 7:30am, a little bit later than planned, but we were determined to make it there. It took one train ride to Kyoto Station, and then another train ride to Inari Station. All in all, under 30 minutes.

We made it to the Inari Station around 8:30am. It wasn’t crowded yet. We walked past all of the buildings that led to the Torii Gates – the main attraction that I’ve been meaning to see for so long I’ve seen videos of how crowded they could be. And surprisingly, by 8:30am, it felt like we still had the area to ourselves.

We were in luck. There wasn’t that much of a crowd when we got there. So we just snapped, snapped, and snapped pictures and after pictures. The morning air was crisp, and we had a surge of energy as we explored this global attraction.

At first, we saw the bigger columns. We actually entered the “exit” part of of the shrine. Once we walked about a minute going up (not a steep climb at all), we saw a fork, a bend, a split – this where you’d notice the smaller columns. It was just Instagram-perfect. There was hardly any crowd.

We had a fantastic time snapping pictures at the shrine. If I had a bucket list, then consider this one crossed off. Here are a bunch of snapshots from that visit.

That’s it for now. This was actually a very busy day, but visiting the Fushimi Inari Shrine deserved its own entry. Next up, visiting Ninen-zaka, historical street in Kyoto.