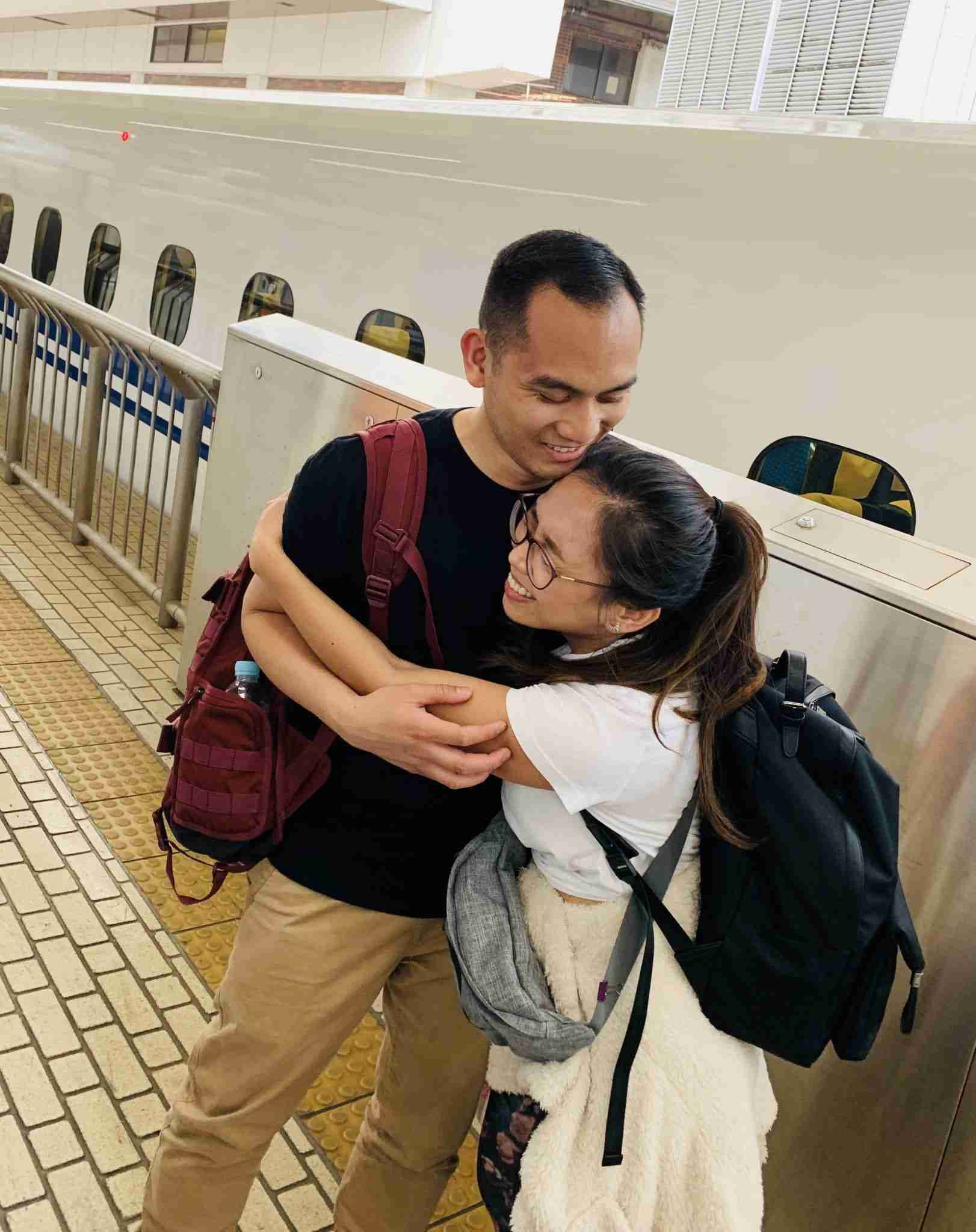 Friday finally came and while it may seem like we were winding down, we still had three full days left. We decided to head back to Tokyo. It was all part of the plan. Since arriving in Japan the week prior, we’ve only had one full day in Tokyo, and we’ve since gotten busy in exploring Osaka, Nara, and Kyoto.

We said our goodbyes to LA and Guien. They left for Manila early Friday morning. Meanwhile, the remainder of our party of 17,  left our AirBNB in Kyoto for the very last time. We headed to Kyoto Station where we caught the Shinkansen back to Tokyo. Another half of our party got off of Yokohama station, while the rest of us ventured off to Tokyo.

When you lose something inside the Shinkansen Bullet Train

Those of us who were left  and journeyed on to Tokyo. It was my immediate family plus Sheena, Ate Yolly, Jenna, Rovee, and Armily.  Upon arriving in Tokyo, we all got out of the bullet train once we arrived at Tokyo Station. However, we noticed Rovee and Armily where nowhere to be found.

Next thing we knew, both of them were running, and quickly informed us that Armily left her little bag inside the bullet train. What’s the big deal? The doors by then were now closed, the cleaning crew was preparing the train for its next set of passengers. But most of all, the missing bag had Armily’s very important document, her passport. Ouch!

We tried to signal to the cleaning crew. But they couldn’t hear us. We found one open door and went back to where Armily sat, and there was no sign of any bag. The cleaning crew, after just a few minutes of taking over the train, had done an efficient job in cleaning the train. We found another crew member and were advised to go to customer service. But why customer service? We just lost the item, so it’s gotta be in the train right?

A few minutes later, the cleaning crew in their pink outfits started to walk out of the train one by one. No signal of them carrying Armily’s bag.

Our lost and found tale actually started within the first hours of arrival in Japan. Once we all got through customs at Narita International Airport, we all took care of business before leaving the airport. We did a baggage and bag check and noticed that one of our backpacks was missing. It was the backpack that Caitlin was carrying.

We searched and searched and gave up. I did a visual itemization. There was a book and one noise cancelling headphones (Cowin E7) that I gave to the kids. I didn’t want to make a big deal of the whole situation. We were all anxious to leave the airport and I decided to just deal with the missing item later.

I promised Caitlin that I’ll check with lost and found. She felt so bad for leaving or misplacing the backpack. It bothered her during the first day of our trip. So on the second day, I called ANA at Narita International Airport. I told them the situation, what I lost, when I lost it, and the flight number. At the time, I wasn’t sure if we lost the backpack inside the plane. We could’ve left it somewhere around the airport.

After being placed on a brief hold, the ANA agent told me the good news that they had Caitlin’s backpack (a dark blue Eddie Bauer backpack). We weren’t in a rush to get it, so I asked if I could just pick it up a week later on the day of our departure back to Los Angeles. ANA agent arranged for that to happen with no problem

Fast forward to the day of our departure, we checked in at the airport using one of the kiosks so we could get our boarding passes. All of my family members got their boarding passes but me. I was instructed to go see the Support Agent. I shook my head. “What now?” I hoped there was no issue. Once I got to the support agent, she told me of the backpack that I had to pick up before departing. I hadn’t forgotten about the backpack, but I was so glad that ANA made that note as a reminder.

Perhaps it was just all pure luck. But I had a similar incident last October during our trip to Barcelona. We flew KLM. We also spent some time in Amsterdam at Schipol Airport. I lost my cell phone somewhere in between Amsterdam and Barcelona Airport. I dealt with the airlines and the airports, but none of them were able to assist me as efficiently as ANA and Japan Rail….for that, I’m thankful for the lost and found experience we had in Japan.