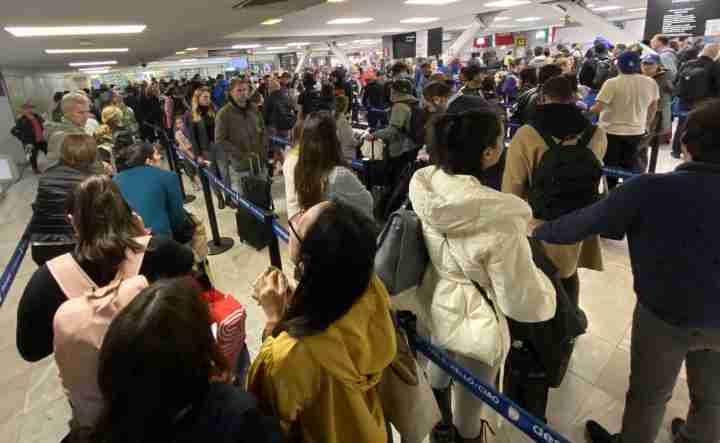 Quick recap of our journey to Costa Rica

How we booked 5 FREE tickets to Costa Rica

Our flight from LAX to Mexico City went smoothly (this was our stop before flying to Costa Rica). We left just around midnight (LA time). Our plane arrived in Mexico City around 5:20am (local time).

There was no free WiFi upon arrival. None in my family was able to get on the WiFi. That was a disappointment.  We headed straight for the immigration line. I was shocked to see the long lines to get through immigration. There must’ve been at least 200-300 in front of us, and another 200 behind us. It looked like we’d be in line for over an hour. With no Wi-Fi, the wait seemed longer since we couldn’t check anything from our phones.

Well, thankfully, one of the airport personnel opened up new lanes for us, and we were lucky enough be part of that group. No issues at immigration since we were just passing through the airport for our flight to Costa Rica. All the officer asked for was for us to show him our boarding passes for Costa Rica so he could jot down our flight number.

We passed by baggage claim, we didn’t check in any luggage, so we skipped it.While we already had our boarding passes for Costa Rica (we got them while we were in LAX), I wanted to see if we could sit closer together as a family. So I lined up once more at Interjet’s ticket counter. I only waited about 10 minutes in line. The flight was full so the agent couldn’t move us around anymore. No problem. At least our seats where in close proximity.

We found our way around the airport Terminal 1. There were 5 Priority Pass lounges to choose from and I didn’t really want to check them all. I somehow landed on The Grand Elite Lounge. It received the Lounge of the Year for North America in 2018.

From the outside, nothing to really write home about. But once we got inside, I realized that it offered different services that were included once you enter their lounge. Upon entering the lounge, we were led towards a section of different massage lounge chairs. We were there early in the morning, and we were given a breakfast menu. We opted for chilaquiles, fruits and waffles, scrambled eggs and cheese.

The food was served, unlike most of the lounges that had a buffet-style service. After breakfast, Nancy and I treated ourselves to a complimentary foot massage. We also had the option to get nail service, but we didn’t have anymore time. If I have an opportunity to fly back to Mexico City, and I just might return to this lounge.

Another 3 hours to Costa Rica

We boarded our Interjet flight to Costa Rica. The flight left a little later than expected. But I must’ve fallen asleep right away. It wasn’t until mid flight when I somehow woke up. Again, this Interjet flight went smoothly without a hitch. There was no breakfast or lunch, just a quick snack service of cookies and drinks. That was it. It was a good thing that our Priority Pass kept us fed, very well-fed.

What to expect upon landing San Jose

We landed in San Jose International Airport in Casta Rica just past 1pm. There was Free Wi-Fi. Yes, we were able to quickly hop on to the free WiFi service. We headed straight for the Immigration Line, and unlike Mexico City’s line of over 300-500 passengers, it was probably just half that amount in Costa Rica.

There were no paperwork for us to sign. All we were asked by the immigration officer – how long were we staying in Costa Rica, and where do we plan on staying. That was easy.

After immigration, we skipped baggage claim. I smile and rejoice whenever I skip baggage claim. The other passengers from our flight were still in line at Immigration, and the carousel was just then bringing up the luggage.

Before finally exiting, we had to go through luggage screening one more time. No issues there. We then saw lots of car rental booths, and then the exit sign. That’s next. Our car rental experience in Costa Rica.